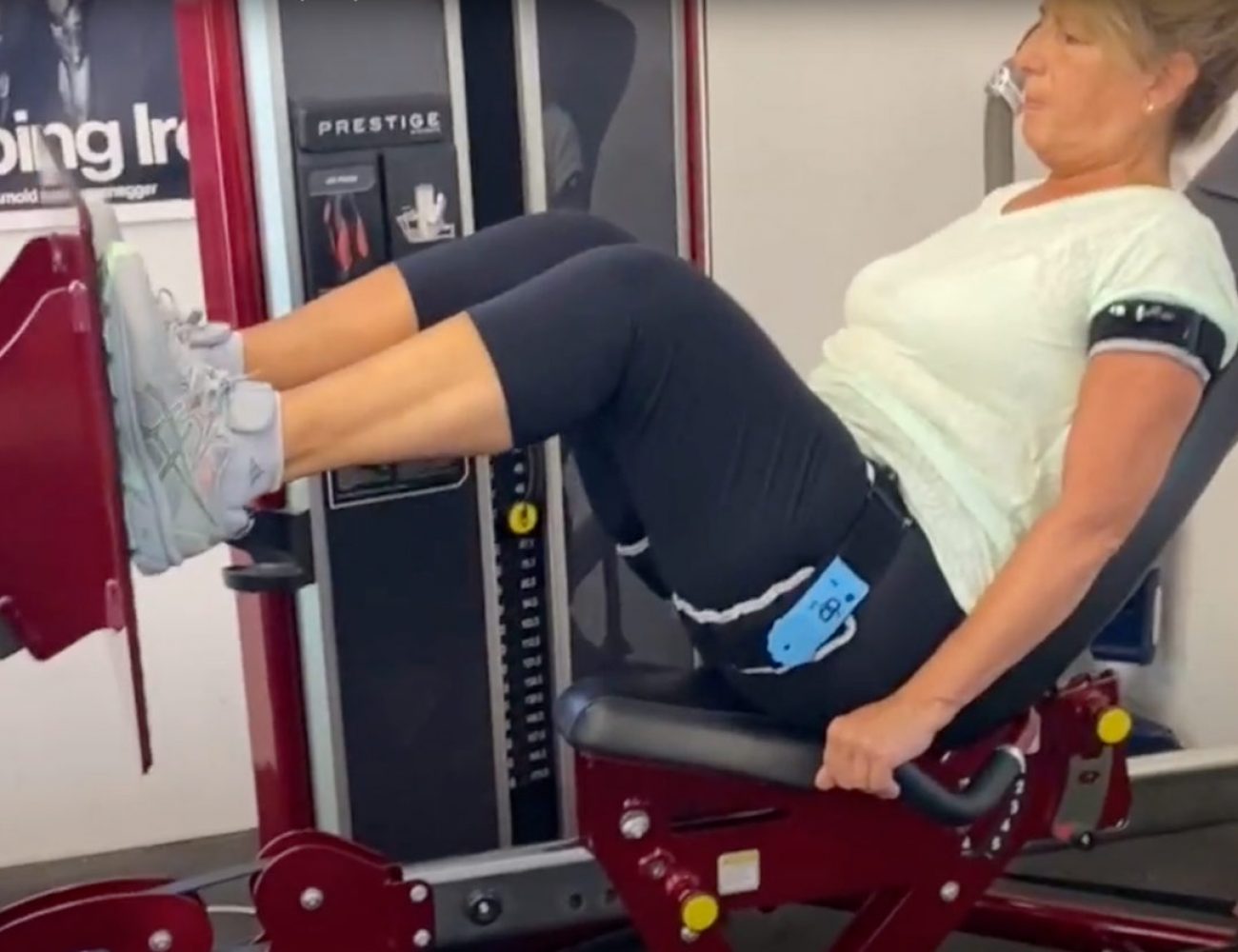 Hello, Dr. John Murray. This is a continuation of the B3 bands exercise protocol. If you haven’t seen my introduction to resistance band training, you can find it here.

In this case, we’re gonna talk more about rehabilitation. The B3 bands work to restrict blood flow so that you diminish the amount of oxygen in the muscles you’re training. So that under exertion, you hit a lactate threshold level sooner, and with less load. Which means more safety. That’s the big thing, especially as you age, but it also works at any age.

So it works fantastic in general, but in a rehabilitation situation, the first goal is range of motion – getting range of motion back into the joint. So it works great whether it’s presurgical postsurgical, or just to bring health back to a joint, which in the case of my wife, as you’ll see here. She has the generation in her right knee, and we’re using the B3 bands with the leg press in order to increase range of motion.

What you’ll see in the demonstration video

And you’ll see that what we’re going to do is we’re gonna increase the range of motion with each subsequent set. In other words, the first set I’m gonna have it set more rearward so that there’s less knee flexion. With the second set, same load, but we’re moving it forward  one more notch to increase the degree of knee flex. The key thing is this needs to be performed in a pain-free manner. Then finally for the third set we move it to where we’re getting 90 degrees of knee flexion, which is phenomenal. And mind you, this is pain free.

What kind of results are we getting?

We’ve already seen in the two weeks we’ve been doing this an increase in her capacity to walk better. She rides her stationary bike for 20 minutes each morning. Four weeks ago when she was starting her rehab, she had difficulty just getting into the bike and had to go real easy for several minutes before her knee would loosen up. Now she’s getting on the bike without difficulty and immediately going into pedaling. So the combination of increasing the range of motion through quantifiable quantifiable steps, and with the B3 bands has really amazing.

The key to the Blood Flow Resistance training is promoting hypoxia, the lowered oxygen levels create degeneration and lactic acid, which stimulates the pituitary gland to increase the flow of growth hormone in the body, which has a panacea of good. This is not a synthetic growth hormone. This is what your own body secretes, when you can train intensely enough. So with the B3 bands, you are bypassing the need to go super hard, super heavy.

To learn more about the B3 Bands, you can go to https://drjohn.b3sciences.com/

So this is a great alternative to those protocols that just pound you. Those can be risky even at a young age, but certainly as you get older aggressive high-weight training can trash in your joints. In the video you’ll see the B3 bands in use, and you’ll see as we increase the range of motion with each set. This should give you an idea on a rehab situation and how you can use the B3 Bands to tap in without tapping out.

Have a great day 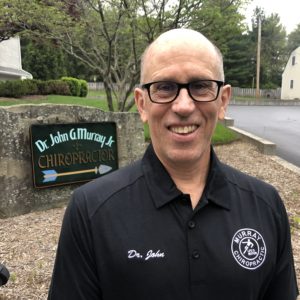 "Empowering our patients to understand that their lifestyle choices make a difference is the greatest thing we can do."

Get updates, health tips, recipes, and more delivered to your inbox. We promise to never share your info with anyone.